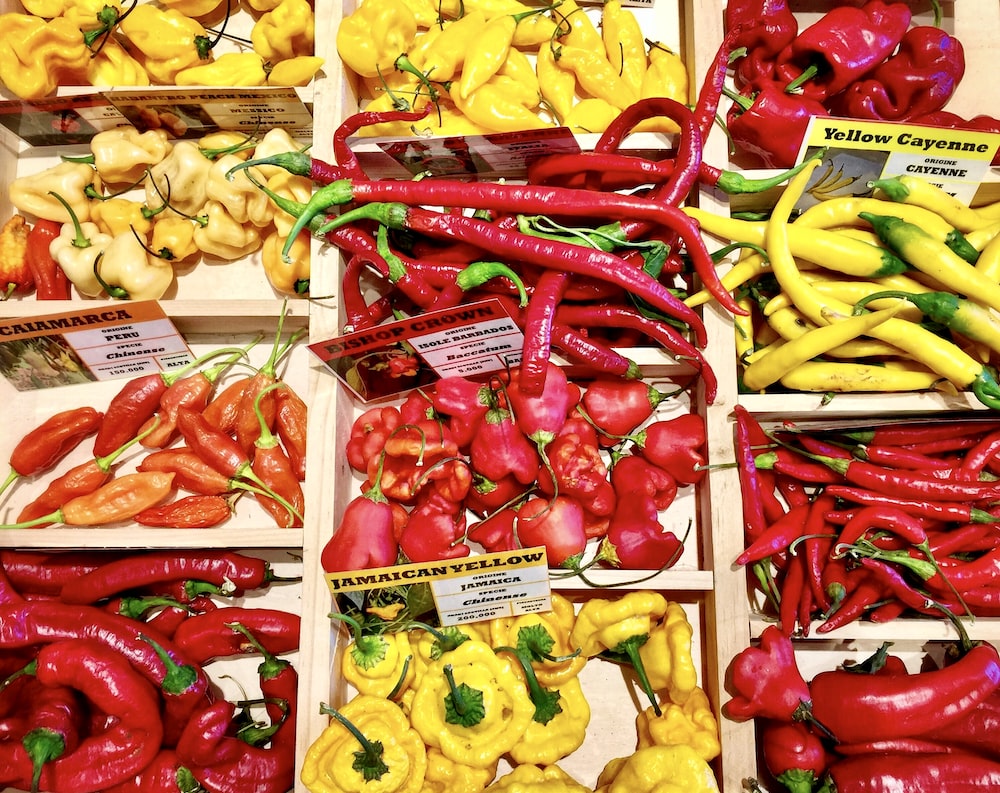 We all know that variety is the spice of life. But, when it comes to having a variety of spices in life, Tit-Bit Spices have got you covered! Indian cuisines and Indian masalas are incomplete without the best Garam Masala and the spiciest Indian chillies. Any Indian dish is impossible to imagine without the spicy hint of green or red chillies. But did you know that chillies weren’t grown in India until Vasco Da Gama introduced chillies in the 16th century! Indians used the locally grown black pepper to add spice to their cuisines before the Portuguese arrived in Goa and brought the chillies to the Indian subcontinent. And since then, chillies have made India their homeland. Today, India is the largest producer of chillies globally and contributes to almost 25% of the production and export of Indian chillies to various parts of the world.

Chillies are fierce and spicy, but they also have multiple health benefits. From helping in digestion to having a healthy heart, chillies can prevent allergies and keep migraines away. Let’s know more about some of the spiciest Indian chillies today.

Bhut Jolokia, also known as Ghost Pepper or Naga Jolokia, is certified as the hottest chilli in the world by the Guinness Book of World records. Found in the northeastern states of Nagaland, Assam, Mizoram and Manipur, Bhut Jolokia is a 2.5-3 inch long chilli and is extremely hot and spicy. It is said that the hot taste of this spice can last up to 30-40 minutes. Bhut Jolokia is locally used as a pickle by the natives or in local cuisines including fish and meat.

The devilish sharp taste of Ghost Pepper is used to protect crops and houses from elephant attacks in rural Indian villages.

Mathania chillies belong to a small village near Jodhpur, Rajasthan, called Mathania. Known for the bright red colour and intense pungent taste, Mathania Mirch is used in almost every local dish but especially in the preparation of Laal Maas and Ker Sangri – two of the most special local dishes of Rajasthan. The powerful flavour of this famous Rajasthani Chilli added a distinguished colour and taste to Laal Mass. There are two ways to use this Mathania Mirch, as a coarse powder or as a whole in tadka or garnishes.

Mathania Chilli is grown during the winter season in the desert of Rajasthan.

Byadagi Chilli is one of the most popular chillies in India. It gets its name from the Byadagi town in Karnataka and is an essential ingredient in the Udupi cuisine. The Byadagi chillies have a deep red shade and its skin is crinkly to touch when dried. It is not as spicy as other chillies found in India, but it is one of the most exported chillies from India. It is used in abundance in Maharashtra, Goa, Kerala and Karnataka.

Byadagi Chilli is the spicier version of Paprika which is found in North America.

Used in: Curries and Masalas.

The “Finger Hot Pepper” or Jwala Chilli originates from the Kheda and Mehsana districts of Gujarat. Initially green in colour, this chilli is the most common chilli found in Indian households. The finely chopped Jwala chillies are used in the everyday cooking of sabzis, dals and curries. They are often served as a side dish with samosas and vada pav or as pickles. These chillies turn red when they mature and have a very strong and pungent flavour.

Jwala Chilli can be grown at home very easily.

Another commonly found chilli in the typical Indian kitchen is Kashmiri chilli. This chilli is grown in Kashmir and the nearby regions o North India. Deep red in colour but not so spicy in taste, this chilli is the chef’s favourite. They’re used to add a tinge of red to the dishes along with some subtle, smokey and spicy flavour. They can be used as a powder, or as flakes or as a whole for tempering and garnishing various dishes.

Kashmiri Mirch is used in Tandoori dishes to add deep red colour to the ingredients.

Used in: Tempering dishes and curries.

Now that you know so much about Indian chillies and chilli powders, why don’t you go and find out what type of chillies you have at home? Also, before you go, want to add some amazing flavour to your recipes? Check out Tit-Bit Spices’ Red Chilli Powder and you won’t regret this decision ever!

Since 1962, Tit-Bit has been making spices with a magical ingredient called ‘Care’. Whether it’s in the home country, India, or abroad, Tit-Bit has a way of appearing at places where good food, friendship, and warmth come together for a round-table conversation

This is what guides Tit-Bit a legacy of taste and togetherness.